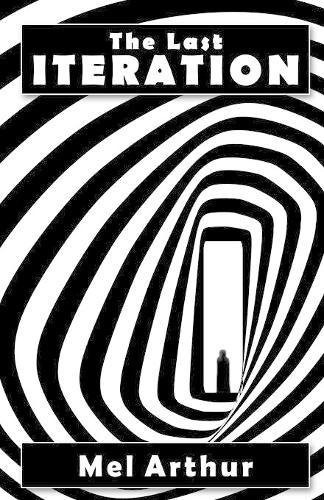 Images flashed in Elise’s brain like a strobe. Boots no, a flat shoe.

A taut opener hooks the reader into this suspenseful novel not for the claustrophobic in a mesmeric story that keeps the reader on the edge, start to finish.

Mel Arthur’s The Last Iteration is science fiction/fantasy reminiscent of The 100, Maze Runner, The Hunger Games and Westworld. It’s the kind of narrative that works for a readership infatuated with a dystopian society, where a strong sense of place and much dysfunction fill its pages: herein, the desolation and malice of the maze is not lost to the reader.

The book is well-written for a first novel, and its story brings to fore robust characters like the intuitive Elise and the power of her sixth sense; the mysterious Ulein and his catchphrase, ‘That is a very good question,’ compounding the flimsiness of his presence; the Spartan, Hanian Tris, and the militancy of his training; and the rebellious Ciege (whose name is pronounced See-ezh), and the feistiness of her persona.

The action scenes are mostly convincing, right from the onset during the sparring of Hanian and Ciege, who quickly emerge as the ‘pick’ couple because of their distinct personalities. The interactions between Hanian and Ciege set an electrifying precedent to meeting the other couples, as they negotiate each other’s space and their predicament. They are trapped in a labyrinth which spits at them hail, plains, caverns, walls, canyons and unkind creatures that mean them complete harm. The cast is thrust into survival mode, powerless to contain the physical and magical forces imposed upon them, malevolence that would attack them every which way at every opportunity.

The people are in pairs, but their connectors are unclear: how and why do they come to be in the labyrinth? What brings them together? Why do they possess gradual chemistry? But there is barely room for the disinclined participants to question their circumstance, navigate it or find discernment, because half the time they are chasing freedom or fleeing for their lives. The rest of the time, they are in combat with gem-studded ape-monsters that double their preceding numbers in each new recurrence: two creatures, four creatures, eight’¦

Suspense carries the novel. Dialogue moves the story along; engaging banter between the pairs as each set unravels itself to the other unsuspecting pairs. Singly and then in unison as couples chance upon other couples and join in an escapade to overcome incessant torments they encounter the malevolent maze and its creatures.

There is much to enjoy about this book, but it has its oddities.

Sometimes the couples feel one too many, each too maudlin in their trusts or mistrusts, squabbles and affections. As the reader tries to fathom Hanian and Ciege, suddenly there’s Geno, who is a doctor, and Rina, who is falling in love with him, and Jasper, who is a Casanova, and Kel, whose young son in the real world is lost in the system. The labyrinth and the existing characters are intricate to begin with; it’s a lot to hurl in more to the cast. There’s also much narration to unveil backstory, which hinders pace.

But, as in Westworld, no oddity or wound is fatal. The world lends its characters possibilities of ‘rebirth,’ albeit through a magical gate.

At the cliffhanger ending, the reader suspects a sequel is in the works. There’s a semblance of closure as each character fulfills a promised purpose. Suddenly, there is hope.