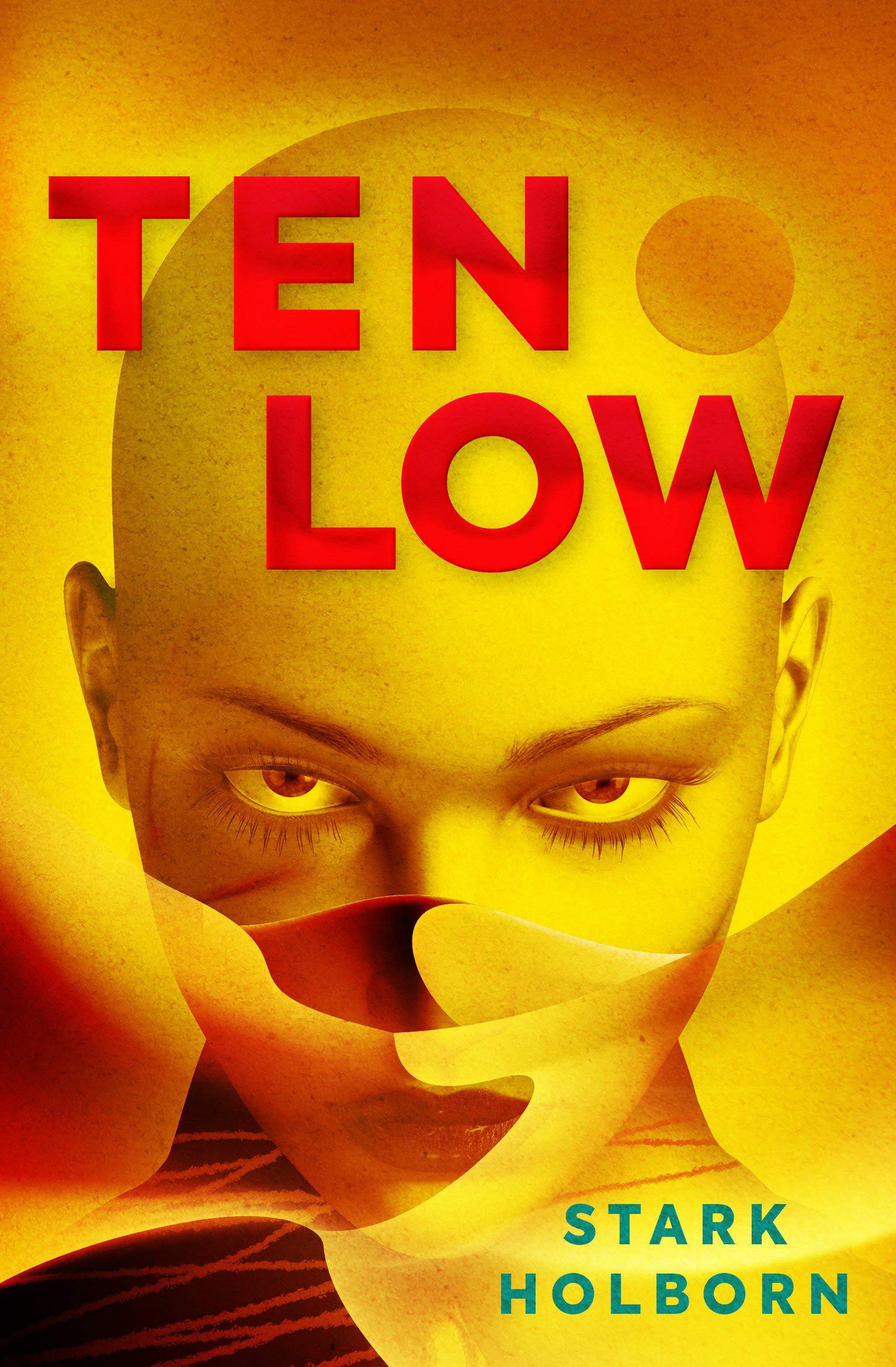 Stark Holborn may be known to readers of ASM as the author of 2014’s “The Nunslinger,” and more recently the weird western novellas Triggernometry and Advanced Triggernometry.  In Ten Low, Holborn takes us into humanity’s future, melding spurs with stars. The path of the space western genre has been well trodden of late, since the rise and fall of Joss Whedon’s Firefly and, more recently, The Mandalorian. Ten Low is a new addition to the sub-genre. But does it bring anything new to the table?

It’s fun to see how Holborn introduces and justifies each western element. Horses are replaced with “mules” (some form of rideable mechanised transport), six-shooters become “charge pistols,” the railways are “air roads,” Native Americans become the enigmatic, vivisectionist “Seekers,” and the American Civil War between the Union and the Confederacy is retold as a civil war between the Accords and the Free Limiters. A large system of many planets and moons takes the place of the United States during the Reconstruction Era. Like all good oat operas, the action takes place on the frontier or, if you will, the edge. In most westerns the frontier is more implied than anything else, just a setting, but in Ten Low, it’s an actual place: “The Edge,” a shadowy paraphysical netherworld wherein danger lurks and the dead reside.

From a science fiction point of view, it’s high on fiction but low on science. The moon is desolate, barren, and far away, but that’s about all we know. What does it orbit? What other moons are there? Do the characters see a gas giant when they look up? These are questions without ready answers. The Edge exists but is not explained. It doesn’t seem to be geographically linked with anything on the moon. Was it a product of the almost-successful terraforming project? The Accord, despite having interplanetary travel and the ability to terraform worlds, don’t appear to be interested.

The titular Ten Low is a veteran of the war (Free Limiters, losing side) who roams the barren plains of a barely terraformed moon while trading, scavenging, and being a freelance medic. She spots a ship crashing from orbit, which, on investigation, holds a young girl and a military bodyguard (Accord, winning side). The guard is soon dead, but the girl, Gabi, lives, so Ten nurses her back to health. They travel to the nearest settlement before she can be vivisected by the Seekers and her organs stolen to be sold on the black market. Ten discovers Gabi is a General of the Accords, a child soldier who has been altered to be a much better fighter and tactician. Ten agrees to take her back to the nearest Accord stronghold. Naturally, there is skulduggery afoot, which allows Ten and Gabi to flee across the moon, meeting various characters along the way—while they either kill these people or watch as someone else does.

Ten Low reads well. Holborn’s prose is clear and concise, with just the right amount of detail to move the plot forward without bogging down the action. The unique elements of the world she has created are her own, from Gabi’s plight to the Ifs, to The Edge. Ten’s world is lived in, grimy, and sad. The narrative powers along, taking Ten and Gabi from one scene to another, which allows us to see more of the world, but never letting us linger to learn a lot about the people in it. Colourful characters flash by, coming and going with a regularity that means we never get to know any of them. The Accord is used as a catch-all enemy that is rarely seen, while lesser physical enemies are introduced and dispatched as required.

As with most westerns, the story revolves around redemption—specifically Ten Low’s growth from a haunted drifter into something more. Holborn shows us the past through the keyhole of Ten’s painful memories, and what she admits to Gabi. In addition to her war record, Ten is haunted by spectral beings known only as the “ifs,” shadowy creatures who exert power over Ten’s choices, showing her which life path to follow to stay alive.

Holborn deserves praise for her depiction of non-binary characters in a manner that shows us they are accepted in the future of humanity. In Ten Low, the space western genre continues nicely. While its setting might be alien to readers of Louis L’amour or Owen Wister, the plots and characters will be familiar indeed.