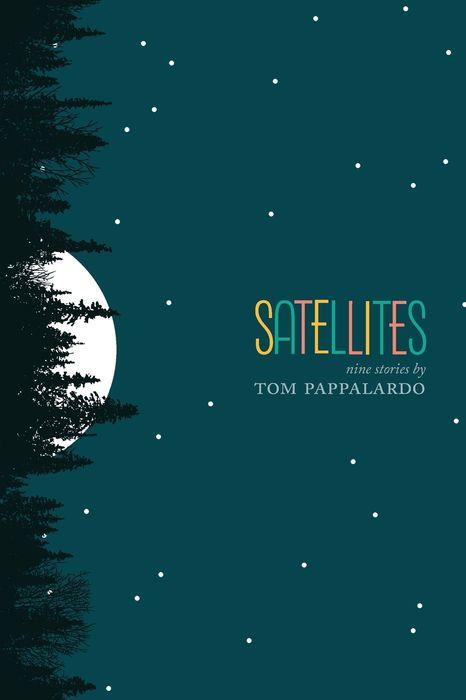 Most of the nine stories in Tom Pappalardo’s new collection are merely charming. They’re perfect for readers who are just discovering weird literature and would like to dip a toe. They depict normal life in small-town Massachusetts, with various oddities—like a giant basset hound—peppered in. Several stories, however, shine like a full moon on a crisp fall night. Science Fiction greats Isaac Asimov and Ray Bradbury would study these tales lovingly, if they could.

And they may, if perhaps all of Time becomes a dizzying remix like in the brilliant trek that is “Mind the Gap.” Jeff Cox, the story’s perpetually confused cult figure, asks, “How bad was that Kung Pao?” after teens in 2069 accidentally invent time travel and arrive in his living room one night. From there, the technology to blip into different eras and cause chaos ripples elsewhere (and elsewhen). Entries from “The Wick,” or “the largest user-curated encyclo-social-network database on devnet,” explain numerous chilling paradoxes, including the rise and fall of humanity’s savage chipmunk overlords. To call the story madcap doesn’t cover it. Rather, it’s a kaleidoscopic tour through the brain of someone who’s been huffing pop culture for decades.

“Mind the Gap” is the penultimate tale in the collection. Pappalardo creates an even lead-up, starting with “Chosen,” in which Death selects a chatty barista named Allison as his successor. She’s the first of many New England townies who appear throughout Satellites, securing our dedication to the volume with the line, “Get to go around slapping people across the pit of Hell like a hockey puck? That sounds tight as fuck.”

With the second story, “Landscape,” comes the realisation that Pappalardo is a master surrealist. He depicts rival landscaping companies that have taken the phrase “turf war” literally. When an odd drifter named Sunny comes between GreenCare LLC and Dunphy & Sons, he does so at the behest of a talking vole in his pocket. Can Sunny bring the simmering hatred shared by the landscapers to a deadly boil? Surely. Will the void created by two decimated landscaping companies revert an upscale neighbourhood back to the wild fields that voles love? The author doesn’t quite answer the question, but readers will finish “Landscape” certain that they’ve never encountered anything like it.

“This Town” and “Dead Mall” are nostalgia trips that soften Pappalardo’s hyper-imaged vistas. In the former, a musician who wrote a hit in the 1990s before drinking his career away finds himself reliving past moments. It’s a bittersweet visit to Dunkin Donuts and rock scenes, where we hear “Ah, camman!” and references to Massachusetts locales like the Quabbin Reservoir. In the latter, a dollar store employee watches a new mall accelerate the death of his dreary workplace. He’s also cat-sitting for a friend, which isn’t much until the cat begins talking, wearing clothes, and outshining him on the job.

Satellites works best when looking forward, not backward. “Pop Override” posits a sugar-bombed future in which China has purchased portions of the United States, and entertainment centres like the Shuangxi Sector E19 Double Happiness Consumer Expanse loom large. When a teen named Martin selects a film to “watch shit blow up,” he also wins a free beverage that Plexent Corp is beta testing. Sensing no subterfuge, Martin pulls up to the concession stand to find his drink in

no ordinary soda cup—it’s a thick fancy plastic cup, with sculpted ridges for maximum grip, and a lid with a built in jumbo straw. The theatre’s concession area falls silent, those nearest to him giving him space as he reverently retrieves the Premier Cup and snaps it into his snack caddy. As his audience watches, he tilts his head forward and takes a hands-free sip. His mouth is full of sparks and carnal umami. Tears form at the corners of his eyes. Ocean waves smash in his ears, slowly recede, and then he is back at the mall.

Sadly, this magisterial beverage is the work of Reva and Kjell, members of the Flavor Liberation Front. They’ve hacked into the serving station to give a faceless, Monsanto-style corporation the middle finger. As armoured shock troops arrive to put down the rebellion, panoramic mayhem ensues.

“Bygone” is the story that embodies Pappalardo’s hope for the future while noting that most of us won’t be there together. The protagonist is Tryan, a young woman who builds robots. In each of the story’s eight sections, she’s working on or with a new bot. However, the sections are shuffled. As they traverse both her path as a woman, and as an increasingly skillful builder, it feels like flipping through a scrapbook. In many sections, Tryan calls the bots her “boyfriend,” with no explanation other than that people have abandoned Earth for colony worlds—and for those in the deadly wilderness left behind, the right hobby saves you physically and emotionally.

Pappalardo’s control in shaping the expansive “Bygone” is fabulous to experience. It’s a world that readers will hunger to learn more about at every electric turn. Yet it is the narrative’s fractured mapping that makes its emotions so vibrant. Tryan’s cat, Daniel, doesn’t speak or take up a city block, but he does help show that empathy didn’t start with humans. And it won’t end with us, either.