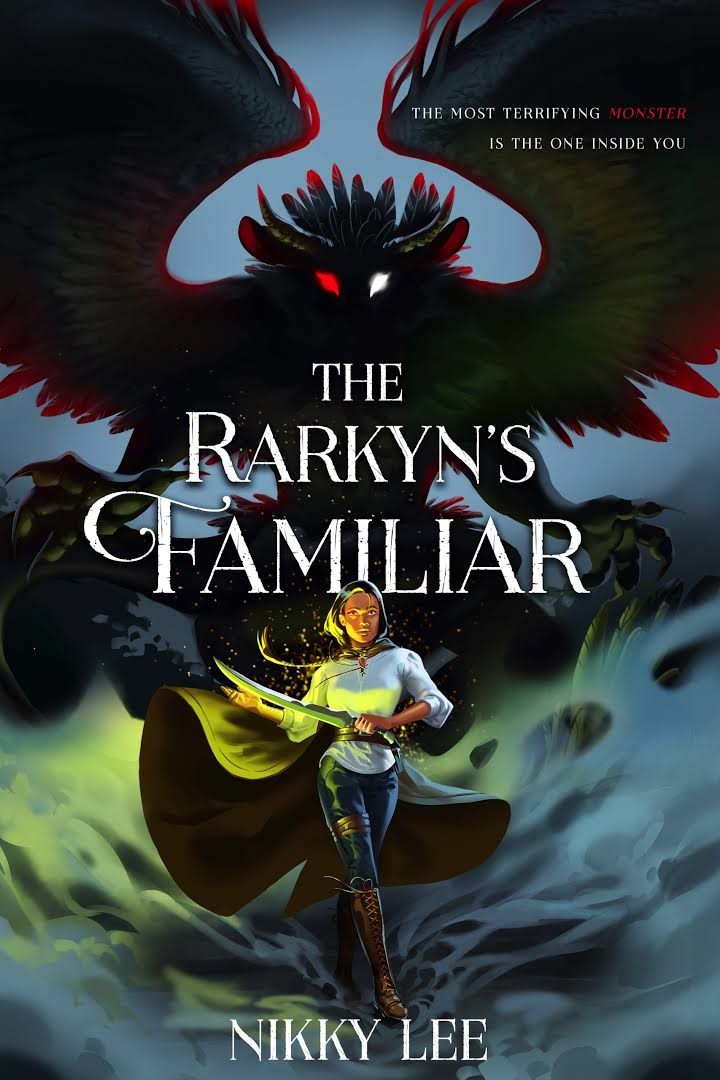 Lyss, a human orphaned by the Order, is haunted by the execution of her father. She has spent her days bent on learning the artful magic of the mancer and swordplay in order to exact her revenge. Skaar, a rarkyn from the Otherworld, is trapped on Terresmir, fighting day and night for his freedom. When an accidental blood pact binds the two, Lyss and Skaar form an uneasy relationship. With the awakening of a forbidden magic, the pair must travel to the heart of the Illredan Empire to find a cure for the madness and the monsters they unearth along the way, both among their pursuers and—more dangerously—within themselves.

This fast-paced young adult high fantasy novel is steeped in other-worldly magic and adventure. With bits of a new language, an array of interesting characters, and even a taste of this new world’s history and lore, author Nikky Lee brings her readers right into the action of Terresmir and the Otherworld, with the oppressive and polarising Illredan Empire right at the middle.

The Otherworld, as Lyss discovers, is a place of mist and aether, which exists as a sort of shadow layer to Terresmir. Aetherlings, monster-like creatures that possess their own dangerous and deadly characteristics, are beings that can cross between the worlds; like Skaar, they originate from the Otherworld and need aether to survive. A group of humans highly skilled and trained in magic, called mancers, study a system of runes called galdar to control or summon these beings of the Otherworld and perform other feats of spell casting. Unsanctioned magic, however, is outlawed and punishable by death. The Order, a group of imperial soldiers, exacts their rule at the heart of the empire, which provides a tension to the world and imposes limits on Skaar and Lyss’ journey.

Layered throughout the world building is the complex character development of the large ensemble cast. As Skaar and Lyss navigate their new relationship, they must learn to create a balance between the rarkyn’s hugrokar—a type of empathetic magic—Lyss’s looming madness, and the effects of both the Otherworld and Terresmir on their bodies. As the pair grows closer, they learn they share a similar traumatic past and are harrowed by the death of a loved one. An epistolary narrative running through the action provides the similarly tragic background of the main antagonist. While it would have been nice to see these character motivations more diversified, Lee brings together this group of morally ambiguous characters and develops them well, paying close attention to their personalities and the ways in which they respond to the challenges presented to them. It creates an interesting sense of understanding between the story’s main protagonists, Lyss and Skaar, and the antagonist. As their worlds collide in the final scene, each comes to reflect upon the different choices they’ve made in response to their set of circumstances.

Lee’s debut novel is the first in a planned trilogy. After this exciting, fast-paced first book, focused on the initial impact of the bond between Lyss and Skaar, Lee’s readers will be excitedly awaiting the rest of the series to see how these characters—and their story—continue to develop.