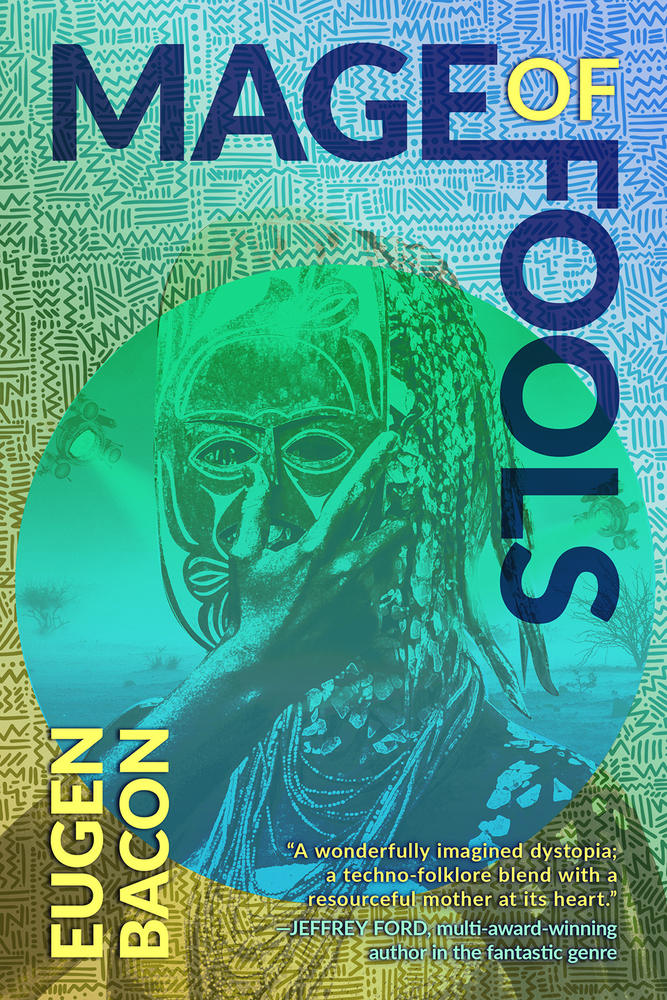 Stories help us redraw the maps of who we are. Read Kindred, by Octavia Butler, and she’ll inflame your desire for history and civil rights. Pick up Carl Sagan’s Contact and you’ll wonder about humanity’s first words to an alien civilisation. The fact that these authors are dead doesn’t stifle the urgency of their communication with us. This makes reading a potentially revolutionary, and magical, act. It’s no surprise that United States Conservatives want to remove books like Art Spiegelman’s Holocaust graphic novel Maus from classrooms. Children seem forever caught between adults scheming to manipulate both the past and future.

Mage of Fools is the new fantasy novel by African Australian author Eugen Bacon (Ivory’s Story, 2020). In her disease and drought-stricken land of Mafinga, books and “story machines” are contraband. A strange sickness has killed all the adult males, and a once vibrant kingdom is now characterised by drudgery and compliance. Yet King Magu and Queen Sheeba claim they want to eliminate poverty. Behind the scenes, an unsettling newcomer named Atari bends human desire to his own dark design.

Jasmin lives in Ujamaa village with her two small children, Mia and Omar. A morning siren summons able-bodied women like her from their cramped, metallic housing units to factory work in the Central District. Mia and Omar stay with Mama Gambo, a trusted friend whose scientist husband, Baba, was executed. The state killed him for being one of the “revolutionaries who seek to pervade Mafinga with the poison of individualistic thinking.”

Godi, Jasmin’s husband, is also gone and presumed dead. But she still has his story machine, loaded with the work of writers that sustain her spirit, including “Shellon, Harper,” and “Mandoza.” She also secretly avoids the state’s dietary supplements, which cause forgetfulness and dim the past. Despite the nightmare in which Jasmin lives, she refuses to allow her children to become indoctrinated against individuality. She tells them adventure stories and calls the pair her “goatlings,” for they must stubbornly eat, wander, and survive their wretched landscape.

Such is Jasmin’s daily life. But Bacon opens this socialist nightmare with our heroine flying to her own execution. She travels in an egg-like ship to Magu’s palace courtesy of Atari’s strange technology. The misshapen Atari, with a large head, frail body, and translucent skin, “walked unbidden from a stone at the edge of Mafinga and straight into the palace.” Through his inhuman presence, Bacon leans away from Earth-bound dystopia and into alien body horror.

Like Toni Morrison (Sula, The Bluest Eye), Bacon inflicts grotesque passages on the reader in a summons to reinvigorate our basic humanity. The truth about Atari, who can generate short-lived siblings from his own severed body parts, is as stunning as it is awful. While most of Bacon’s prose is vivid, her willingness to paint the grotesque with a steady eye is sublime:

Atari opened his mouth and took a bite. His father tasted a bit like polecat, just less hairy and more gamey. Atari’s mouth filled with a burst of copper. As his father looked at him with eyes that begged, the rest of his body rendered immobile, Atari took another mouthful of the cold, lean steak. He gorged himself chomp by chomp, until he could eat no more.

Yet the lovely twists outnumber the ugly, in Mage of Fools. Jasmin’s yearning for her former life, enhanced by her husband’s books, guides her more powerfully than drugs or violence. Godi fulfilled her when, “Her body went soft in the empire of his arms,” and he had a “kiss full of wilderness.” In his absence, Jasmin takes on another lover, the woman Solo, who works in the deadly mines for material that Atari covets. They share at least one torrid scene that would give legislators in Texas the vapours.

Bacon brings the action to a striking, controlled, and optimistic finish. Her latest novel, on the surface, is simply a gift to genre fans—especially those who adore films like John Carpenter’s The Thing (1982). But scratch the novel’s surface, and one scene proves exceptionally damning.

It involves Jasmin discovering who creates King Magu’s socialist propaganda. In the Tech building, she finds a group of teenagers, cleverly nicknamed Soho, Punk, and Dog. They’ve been tricked into helping create a world ruled by bland slogans like, “Mutuality is birthed by cooperation.” These kids, without fully realising their stake in the world, are being manipulated into destroying it. They act in unison, their passion untamed and their minds still malleable. Yet they operate in Magu’s echo chamber—an enclosed social network—where outside voices can’t penetrate. They can’t hear the voices of the dead, trapped in banned books, warning everyone about the future.