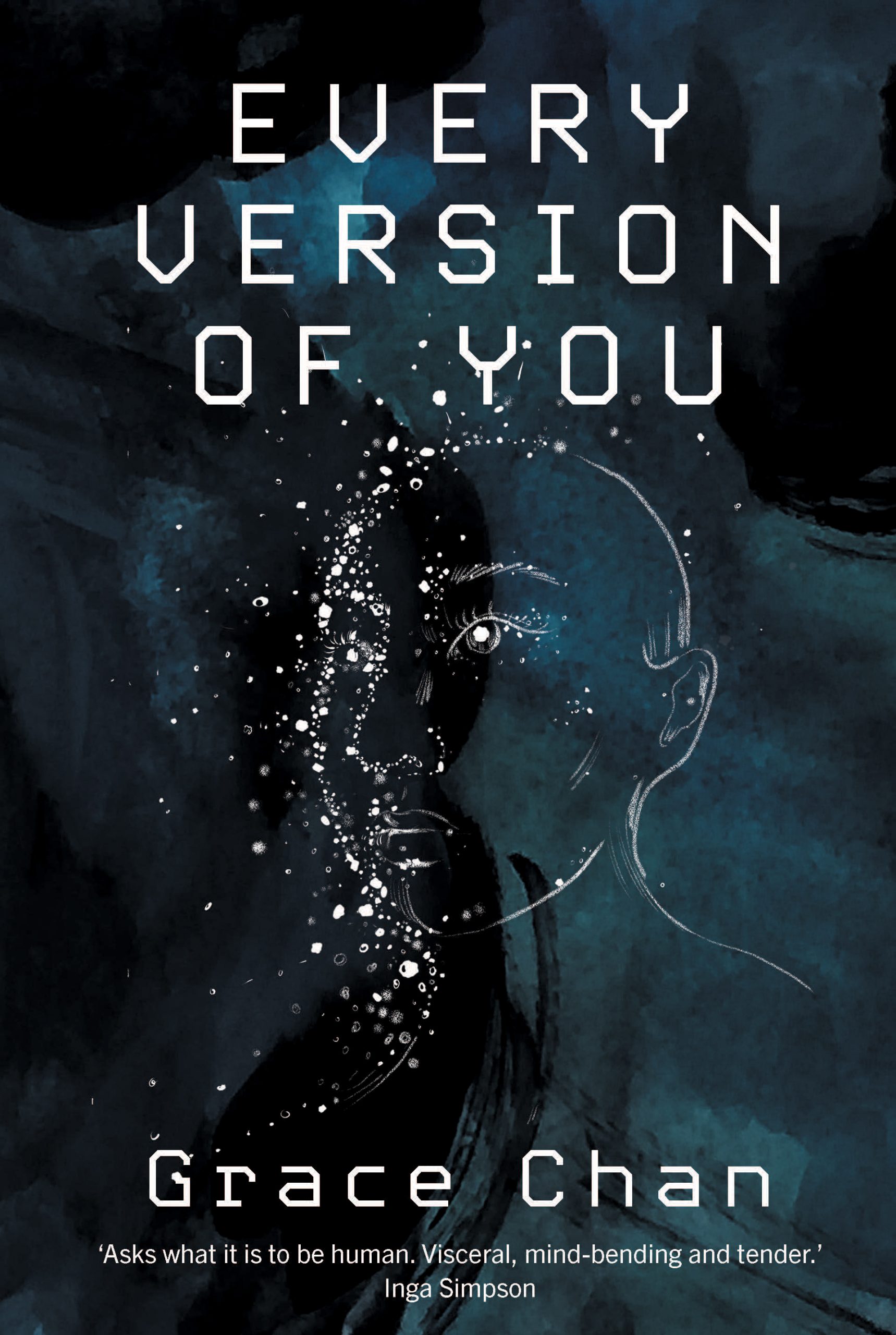 Every Version of You

Every Version of You

Nearly sixty percent of the world’s population uses social media. For individuals, that means logging in to Facebook, Instagram, or TikTok to engage with friends—and enemies—in a stream of algorithmically-tailored content. “Engaging” in the last decade has come more and more to mean “grow incensed by” someone’s creation or comment. The omnipresence of trolls and product influencers make these platforms not unlike a mall food court, where the rich, loud, and insecure hold ultimate sway. The sane among us have to wonder: is there any hope left for a digital realm that excites and inspires us?

Grace Chan has pondered the question gravely. Her debut novel, Every Version of You, imagines the world of 2087, ravaged by drought yet enlivened by a platform called Gaia, a hyper-realised digital utopia, where plugged-in avatars can work, play, and leave their physical infirmities behind. The “Massively Unified Simulated Reality Matrix” of Gaia uses such exquisite code that people can also experience food and sex. Best of all, it’s subsidised by the government.

The catch, naturally, is the irrepressibly nuanced human condition. Chan’s protagonist, Tao-Yi Lee, works for Tru U as a counsellor to those who have burned out in curating their avatars. Her partner, Navin Sen, is a virtual insurance agent with a chronic autoimmune deficiency that’s destroyed his liver. Middle-class citizens that they are, they each spend up to 72 hours at a stretch in Neupods, egg-like chambers filled with Neugel, the nutrient medium that generates the interface with Gaia.

As in Ernest Cline’s 2011 paean to gamified life, Ready Player One, the war against environmental despoliation in Every Version of You is lost. Super corporations like Neuronetica-Somners, perhaps capable of mitigating climate change, invested instead in the technological achievement that is Gaia. When Tao-Yi is outside her physical home in Melbourne, Australia, ten minutes of sunshine scalds her nose. There are no trees or animals, just ash fluttering in the air.

Nor do the generations leading up to 2087 have it easy. Tao-Yi’s grandmother succumbed to depression, killing herself for reasons barely fathomable to people who spend most of their lives in jellied tombs. When Uploading permanently to Gaia becomes possible, Tao-Yi’s mother refuses. She doesn’t want to be immortal, living as digital sprite enslaved to wonderment.

Navin, his scarred body failing him, Uploads without qualm. He finds new heights of fulfillment in Gaia to the point where Tao-Yi realises he’s a different person from the man she met years ago. She discovers that, “Their lives are a garden of forking paths,” and knowing someone is to see them evolve in ways that alter the space between two people. And on the macro scale, there will always be those who dissent from the main thrust of human endeavour. Late in the narrative, Tao-Yi learns about groups who see themselves as stewards of the Earth. There are couples and families who’ve lingered because one of them isn’t ready to Upload. There are conspiracy theorists. Some simply care little for the pleasures of Gaia and have no desire to spend eternity there. Several proclaim their ethical opposition to Gaia—they’ll take no part in an inherently unequal world, a false utopia created by cutting off the edges that didn’t fit. And there are those who’ve chosen not to give up their embodied selves for an Uploaded version, believing the two are too different to be reconciled.

A principal tenet in Darwinism is that formidable barriers will cause one animal species to drift into two. The finches of the Galapagos Islands are a famous example, in which food sources on separate islands changed the shape of the birds’ beaks over time, bringing different species into existence. In Gaia, the Uploaded citizens are capable of faster thought and broader focus. Though Navin claims to still love Tao-Yi despite her dedication to the physical world, he can’t see that her rejection of the heavenly commune stems from an animal spark. Permanent divorce from the Earth is simply not an option for her.

Every Version of You remains true to its heroine in the end, favouring familial intimacy and churns of the soul over cosmic pronouncements. We leave Tao-Yi believing that her future will be hot and challenging, but not without light and companionship. When Chan expertly snaps shut her vision, it’s entirely possible that life always wins and the powers of healing are boundless.