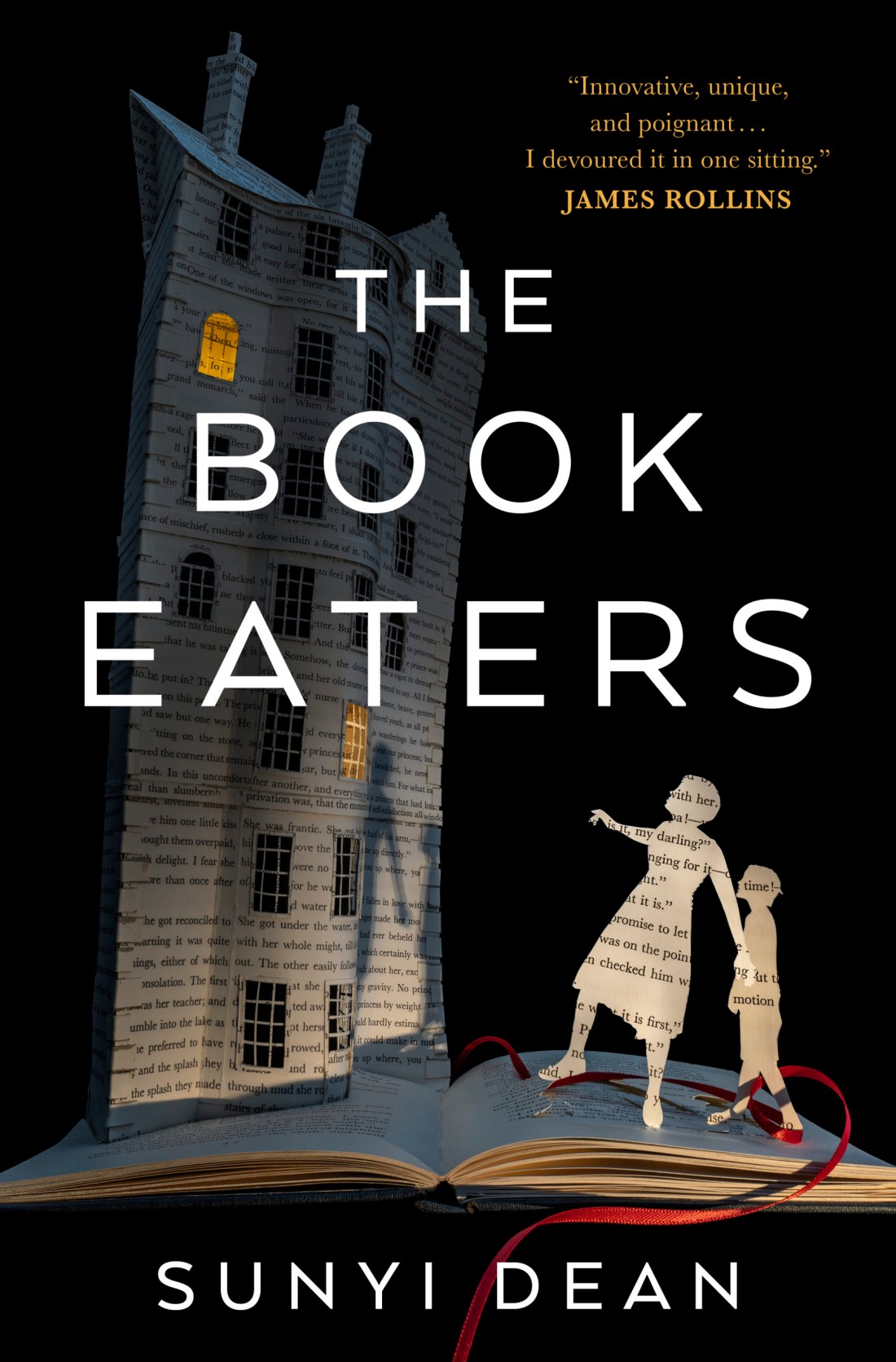 Sunyi Dean’s debut novel, The Book Eaters, focuses on motherhood, society, and the crisp flavour of a well-turned page. Think A Handmaid’s Tale for bibliophiles, and you won’t be too far off the mark.

Devon, the main character (named for the place, not the lunch meat), is a rare girl born to one of six male-dominated, secretive book eater families. Members of the six families are repositories for information, although some glean this from eating books while others make a meal of human minds and memories. “You are what you eat”—eating a map gives you an idea of the layout of places. Eating radical ideas might open a girl’s eyes to the world. Eating the mind of a murderer might make you dangerous. Eat too well, and your own identity might be swallowed whole.

Devon is raised as a “princess”, eating a diet of well-aged fairy tales, leather covers and all (plus an occasional dusty dictionary if she’s been naughty). Her carefree view of the world is that she’ll be looked after, rescued if ever necessary, and that her happy ending lies in the hands of a kindly prince (however ambivalent she feels to the idea). Nothing could be further from the truth.

Meanwhile, there are princes and princesses Devon must rescue, and she realises she’s always lived in a cage, valued only as a useful possession—a fate she’s determined to save her children from.

Devon’s side quest for self-understanding involves extending herself beyond the world she’s been given on a silver platter, eating new and exciting thoughts, and discovering that she’d rather share her life with a princess.

Sunyi’s action-fantasy gives us a twist on the old vampire theme, complete with family manors, unbending patriarchs, and mind-devouring monsters. Of course, nothing is as simple as that, and there are all kinds of monsters.

The philosophical core of this book questions how far you would go to protect those you love, before becoming a monster yourself. I felt an intense sympathy for the main character, even as she went to appalling lengths in the attempt save her own child:

The sins he chose to bear, for love of her. Love was sometimes a terrible thing, and he had discovered it just as she had.

With writing more functional than flowery, Dean doesn’t get bogged down in her prose. She combines effective dialogue with chilling undertones, key details, and enticing philosophical tangents. I loved the way the papery meals were described, the difference in appeal to the palate between a vintage leather-bound fairy tale collection and a modern gloss-coated map (which may require sauce).

This book was good enough to eat.