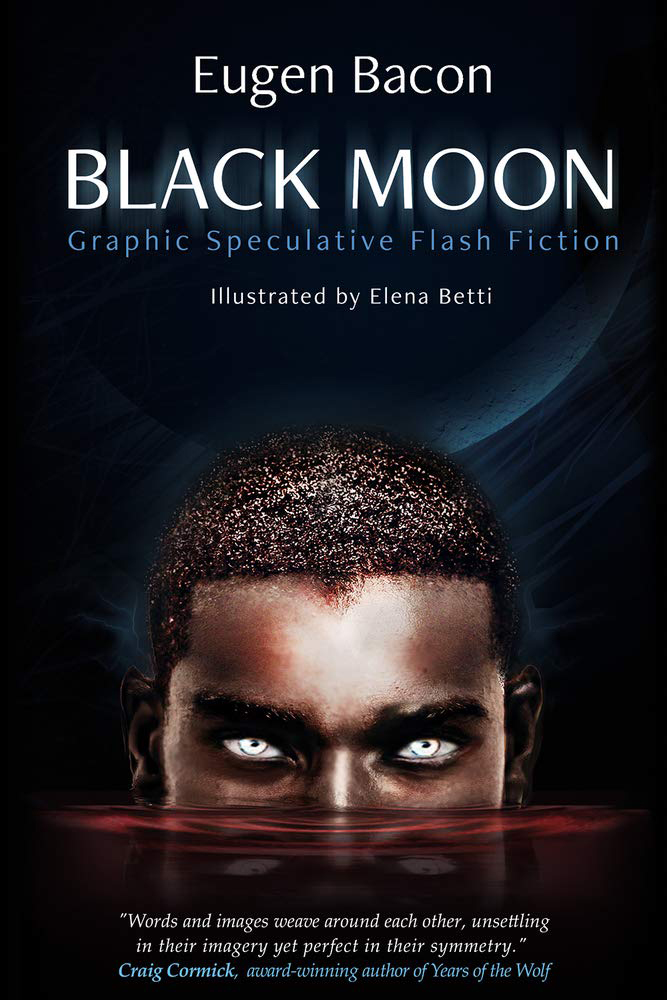 While the literary establishment has long valued form and language ahead of ideas and plot, the post-modernist movement really brought that school of thought to the fore, and, over the past 20 years, it has played an increasingly eminent role in the way critics evaluate literary work. Authors who wish to garner attention often need to break conventions, use uncommon methods, and approach their subject matter from oblique angles.

This likely explains, in part, Eugen Bacon’s meteoric rise to prominence in the past few years. She occupies a sparsely populated patch where speculative fiction and highbrow literature intersect and, even though she has published fiction on and off since 2006, her output during 2017-2020 was prolific, encompassing dozens of stories, novellas, essays, reviews, and even an academic text analysing speculative fiction.

A poetic sensibility has always been a feature of Bacon’s fiction no matter how prosaic (even when “slumming it” as Ivory Snow, the nom de plume under which she published her SF-romance novella Playback, Jury of the Heart). She savours language, wallows and indulges in it, pushes words to their limits in an effort to see the world in fresh ways, or create a world that never was. Flash fiction would seem to be the perfect outlet for her talents, then: a union between poetry and speculative fiction that has the potential to produce lavish hybrid offspring. Which brings us to Black Moon.

It’s a petite collection of fictive contemplations, each mind-bending vignette accompanied to considerable effect by Elena Betti’s photo-realistic yet otherworldly illustrations. The somewhat oxymoronic title accurately foreshadows the murky and oftentimes disconcerting expeditions into the peculiar that lie within the book’s pages.

The reader never knows what’s coming next, in fact, a characteristic that is paramount among Black Moon’s many dark delights. “Damaged Beyond Words” and “A Profound Wonder” upbraid modern society for caring more about the ersatz technological existence we’ve created than the genuine article. This pessimistic (even misanthropic) view of humanity sits cheek-by-jowl with speculative fiction of the more traditional high-concept type—as in the vampire tale “Moments Become Games” or the creeping Body Snatchers horror of “The Replacements”—and symbolic meditations on Trump-era activism (“The Real Deal”).

Other pieces deliver unique perspectives on speculative fiction tropes. “Like a Dog with a Bone” revisits the haunted house archetype and gives it a cutting metaphorical edge; “Cinders in Her Hair” explores the dark mental passages of a girl who has just burned down her high school with teachers and students inside. “The scientist at heart tossed a match,” Bacon explains, “and held dominion over life and death, as orange flames roared in her eyes.”

Observed as a whole, Black Moon is a jungle of words and images, with themes that are similarly unpredictable and cornucopian. Those familiar with Bacon’s previous work won’t be surprised to find meditations on dangerous or corrupted love (“It’s All in the Plan”) and alienation (“Unlearning the Sea”), but the author also touches on climate change, feminism, existentialism, and that favourite post-modernist topic, the illegitimacy of deeming anything “normal.”

While it is Bacon’s off-kilter and surreal use of language that seems to most enamour her admirers, I’ve always found her at her most effective when she eases off the cerebral word games and lets the prose flow. Take this simple image from “A Winter Masterpiece”: “She couldn’t decide what to do with her heart: so she laid it on a garland of new flowers on a grave.” Or how about this line from “An Unnamed Story,” a body-horror vignette that would make Clive Barker wince: “But what collapsed onto her sanitary pad was a little creature, then another, little flies with eyes and human ears, bleeding and bleeding out of her until the horror of blood begot a beast.”

Whatever the perceived merits of Bacon’s “poetic microprose” (as the book’s blurb describes it), readers who enjoyed the author’s past work, particularly Dying & Other Stories, will find a great deal to pore over and appreciate in Black Moon. It is Eugen Bacon at her most concise and lyrical, her most experimental, yet all the while keeping her hallmark speculative sensibilities intact.