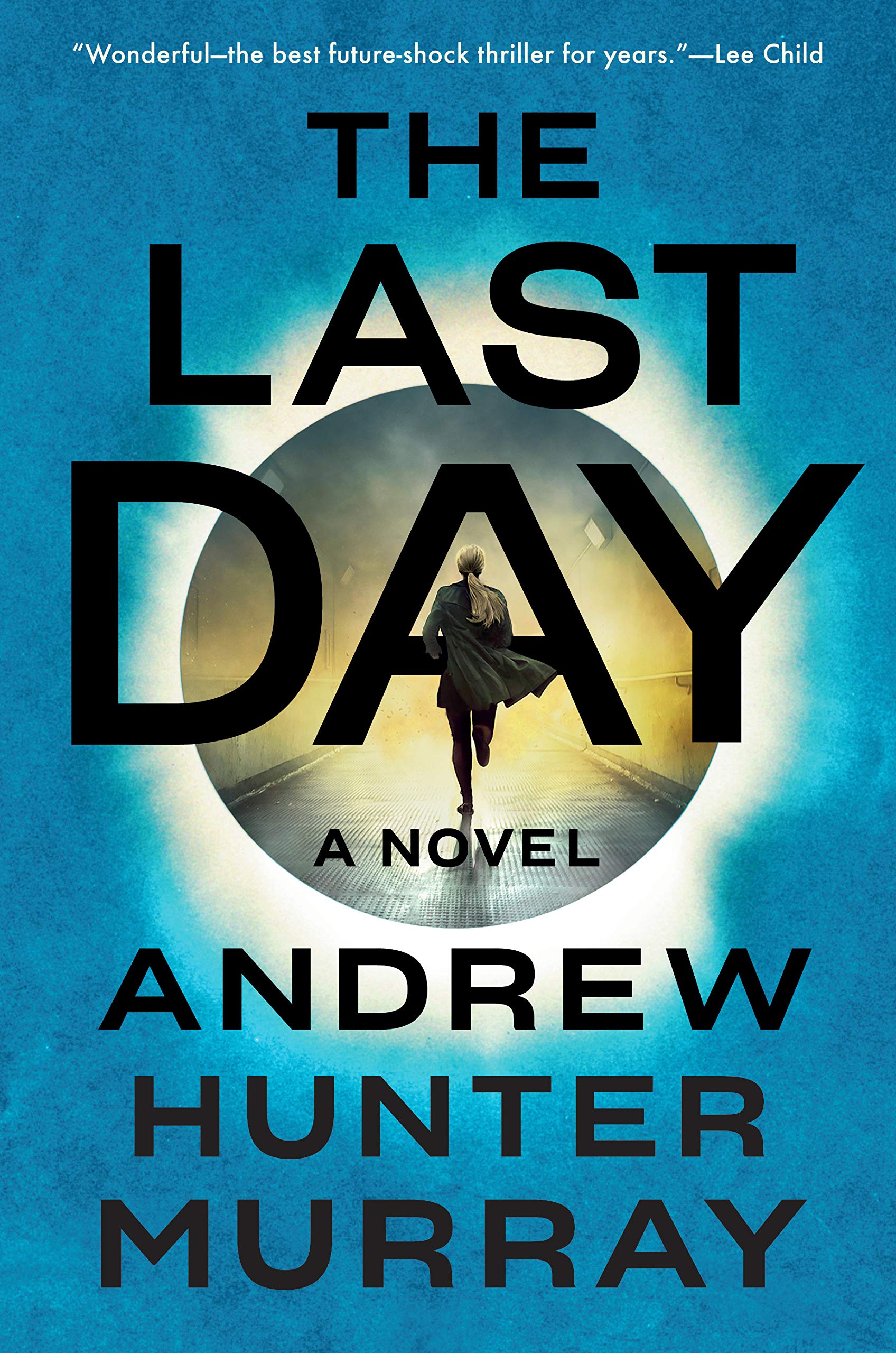 In The Last Day, by Andrew Hunter Murray, the earth’s spin has slowed down and it is now gravitationally locked to the sun. One side of the earth is always in full sunlight and unbearably hot, while the other side of the earth is always in darkness and frozen over. Between these hot and cold extremes, the sun shines at the precise angle over the United Kingdom that makes it always appear to be very early morning. As a result, the temperature of the UK is never hot enough to be deadly and not cold enough to freeze over and it is possible to cling to life and civilisation. To the south, presumably in France and Spain, crops in this area are providing just enough food to keep the UK Government Officials in relative luxury, but at the expense of the lives of those working in the fields. Ellen Hopper, a scientist, is identifying the changes in the ocean’s currents, so she can predict what further changes to the climate can be expected. She is visited by two Security Agents, Ruth Warwick and the mysterious Inspector Blake, who inform her that her old tutor, Edward Thorne—a once central character in the increasingly authoritarian government—is dying and wishes to speak to her from his hospital bed in London. The agents force Ellen to go to Thorne, whose whispered final words plunge her into a complex web of intrigue and deadly risk, where Ellen is tracked and threatened by Warwick and Blake.

Like The Hunger Games, the plot is set in a dystopian world of authoritarian leaders, personal risk of violence, and dangerous politics. The first couple of chapters grab the readers, but the pace then slows down as the author unnecessarily repeats background details on the reason for the change of the earth’s spin, it’s consequences in the world, and the politics of the UK. In the second half, the pace picks up again with less introspection, less explanation, more adventure, more action. The threats develop more clearly, and the story becomes more engaging. By the last chapter, I was eager to read the conclusion. Unfortunately, the plot twists were rather obvious and not the welcome surprise I hoped for, leaving me disappointed, overall, in the full novel.

The reader should be ready to suspend disbelief on the impact of the slowdown in the earth’s spin. Despite such an apocalyptic change, everyday life in the UK can continue for a small group of people who govern with a constitution, a corrupted democracy and a recognisable although dystopian government structure. No powerful hurricanes, nor major earthquakes, are creating havoc. Further, the earth’s orbit has not been distorted, our world’s seasons don’t appear to be significantly altered, and there’s no mention of how the moon’s orbit has been impacted, which would affect the tides and currents of the remaining unfrozen seas.  The author has not taken the opportunity to build an interesting world which would be created by this astronomical event.

The Last Day is a good attempt for a first book, on what could be an interesting and novel ideas, but, ultimately, it misses any of the really interesting possibilities in a post-apocalyptic world, and instead becomes an average adventure story. A good read for a long train journey but not a must-read.