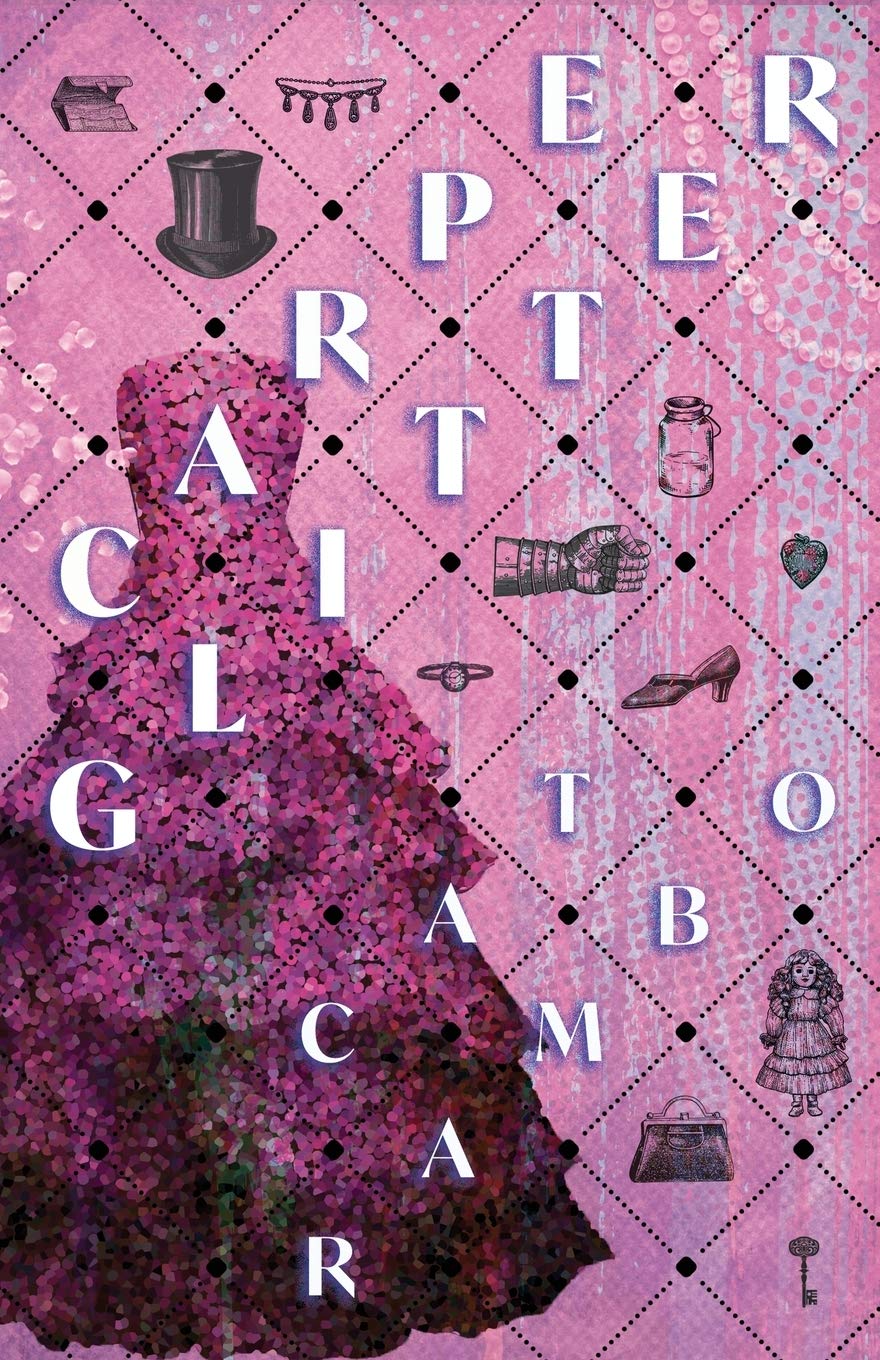 When I was nine or ten, I visited a new friend’s house for the first time. I knocked on the door, and a short while later there came a rustling of plastic bags before the door was dragged open by degrees, as though something were obstructing it. A smiley, bubbly face appeared in the aperture—my friend’s mother—but she made no move to let me in and simply told me Maurice would be out soon. That struck me as passing strange, of course, but I just accepted it, the way kids do. He and I were mates until the end of high school, yet I never once set foot inside his home.

I was well into adulthood when I caught an episode of Hoarders and, all at once, everything became clear. Afterwards, I wondered what toll living in such an environment had taken on Maurice, what scars it might have left on his psyche.

Hoarding on a Las Vegas scale provides the platform for Cat Rambo’s new novella, Carpe Glitter. Gloria Aim is a showgirl and stage magician who, upon the death of her mentor, begins buying up the properties surrounding her Vegas home to create a kind of hoarding compound. Her granddaughter, Persephone, is the protagonist-narrator and the reader joins her as she tries to make sense of the gigantic mess bequeathed to her in the old lady’s will.

“You couldn’t see the room for all the boxes, blocking most of the light from the windows,” she says. “A narrow passageway led between the stacks of cardboard cartons—some old liquor boxes, others labelled theatrical supplies.”

While this rancid junk pile appears to contain nothing more valuable than costume jewellery and showbiz mementos, Persephone suspects something is up when two government types from the fake-sounding Department of War History offer to appraise and inventory it all at no cost to her. Her normally standoffish mother also seems eager to join her and wade through the mess. Persephone knows Gloria was no ordinary lady—while tipsy, she once “eclipsed the moon”—but when Persephone turns up an old jar with some otherworldly contents, half a lifetime of secrets are gradually unveiled. Within a few days Persephone comes to know her family more intimately than she did in the first thirty years of her life.

Beyond the pulp fiction plot (a term I use in the most complimentary sense possible), Carpe Glitter is about a woman wresting control of her life from two controlling figures—her nominally loving but matriarchal grandmother and her weak yet cold and scheming mother. “I had even found a mannerism or two I didn’t think of as mine, but theirs, creeping into my own speech,” she says early on. The story offers plenty of intrigue and brutal honesty about the toxic family dynamics Persephone is trying to escape.

Cat Rambo is one of speculative fiction’s pre-eminent authors for good reason. Her light and easy style engages the reader effortlessly and I gulped down the entire fifty-four pages in a single afternoon, desperate to uncover the book’s final revelations. But ultimately there is something flaccid about Carpe Glitter. The mother-daughter relationship, strained from the first, never really changes, and the story ends with a (literal) snap that feels too pat and abrupt given what has come before it.

Fantastical fiction is uniquely qualified to unpick the psychology behind the modern world’s more bizarre neuroses, so I was eager to see how Rambo would use it metaphorically to examine the human condition. The answer is she doesn’t; Gloria’s hoarding proves little more than a plot device. Rambo seems too caught up in the high concept and chintzy literary bunting (such as Persephone’s name) to do the subject matter justice. A few proofreading errors distract from the narrative, too, including a pet peeve of mine—cliché used as an adjective.

Novella-length tales are scarce for a reason; seldom does an idea cry out for 15,000 or 20,000 words. Perhaps Rambo should have embraced her storyline’s pulp sensibilities and created a short story that went off like a cap-gun, or alternatively fleshed it out to novel length and aspired for something truly profound.

Maybe experience with hoarding’s deleterious effects influenced my expectations, but to me Carpe Glitter feels like an opportunity gone begging—an author panning alluvial soil for gold flecks when a rich seam existed just below the surface. Carpe Glitter is disappointing because it’s only good when it had the potential to touch greatness.